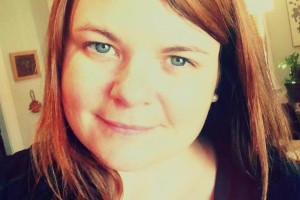 Every week, Hill Now will publish a profile of a local — from longtime residents to newcomers, from government officials to ordinary folks. Know someone we should feature? Email us at [email protected]

Julia Christian has lived on the Hill her whole life. Now the communications director for City Councilman Tommy Wells, Christian grew up taking classes at the Capitol Hill Arts Workshop, became program director there as an adult and managed H Street Playhouse. Christian, 37, went on to direct the Capitol Hill Chamber of Commerce (CHAMPS) and even snagged the Twitter handle @capitolhilldc.

She said she stays involved on the Hill — including by playing keyboards and singing in the local bands The Sequins and The Fuss — because she wants to give back to the community that raised her.

“I feel like I should be an ambassador of the neighborhood,” she said.

Lives: At 6th and North Carolina streets SE, just blocks from where she was raised, with her 7-year-old daughter and a “docile” pet guinea pig.

Favorite Glimpse of Old D.C.: The 600 block of Pennsylvania Avenue SE. “It seems to be stuck in this odd time capsule,” she said. Christian recalled a “country kitchen-style” McDonald’s on the block when she was a kid. “That block has always felt the same.”

Most Frustrating Thing in the Neighborhood: A lack of involvement in local government. “If all of you who said ‘What’s the point?’ got involved, we could really make a difference.”

What Changes She’d Like to See on the Hill: 1) Reopen the Pennsylvania Avenue location of Chesapeake Bagel Bakery. “Everyone would head there and then go to the Market.” 2) Bring back Market Day and the community unity it created. “The entire neighborhood was in one place at one time.” 3) Improve North-South transportation. “Not all bus lines are equal, which is not right,” she said. “If we want visitors to come, we need to be able to get them from Eastern Market to H Street efficiently.”

On How to Be a Better Neighbor: Commit random acts of kindness like flipping your neighbors’ windshield wipers up before a snowstorm, and smile. “I find that smiling is amazingly catchy. If you do it, people will do it back.”