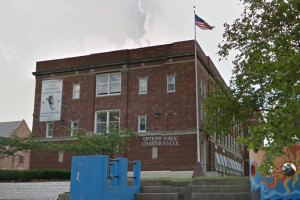 (Updated at 1:30 p.m.) A 22-year-old teacher at Options Public Charter School was arrested Tuesday following allegations that she had sex with a student in a classroom.

Symone Greene, 22, was arrested after police were told she had sex with a 17-year-old boy inside the 1375 E. St. NE school, Metropolitan Police Department spokeswoman Gwendolyn Crump said.

The incident with the student reportedly occurred in a classroom on Friday, Options executive director Shannon Hodge said. Staff members told her on Monday that they had learned of the videotaped event, she said.

Greene worked at Options as a substitute teacher for just one day and was hired through the charter school staffing company S.O.S. Personnel, Hodge said.

“We have terminated the relationship with that particular company, and we’re focusing on security,” the Options administrator said.

S.O.S. Personnel did not immediately respond to inquiries.

The school serving at-risk youth in grades 6 through 12 is being sued by the city on charges that its former leaders stole more than $3 million in taxpayer money, The Washington Post reported.

Greene has been charged with first-degree sexual assault of a minor and is due in court Wednesday afternoon, NBC’s Mark Segraves was first to report. The charge carries maximum jail time of 15 years, D.C. law says.