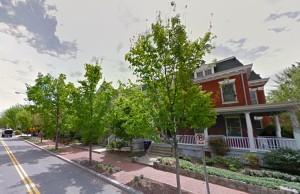 A man walking his dog early Thursday morning was held up at gunpoint, police said.

The victim was walking on the 900 block of Constitution Avenue NE about 6:30 a.m. when a man stopped him, flashed a handgun and demanded money, police said. The suspect fled without taking any property, and no injuries were reported.

The victim was wearing headphones when he was approached, according to police. The MPD encouraged locals to be aware of their surroundings at all times.

The suspect is a black man in his 20s or 30s with facial hair, police said. He was wearing a baseball cap, a dark-colored Helly Hansen jacket and dark pants at the time of the crime.