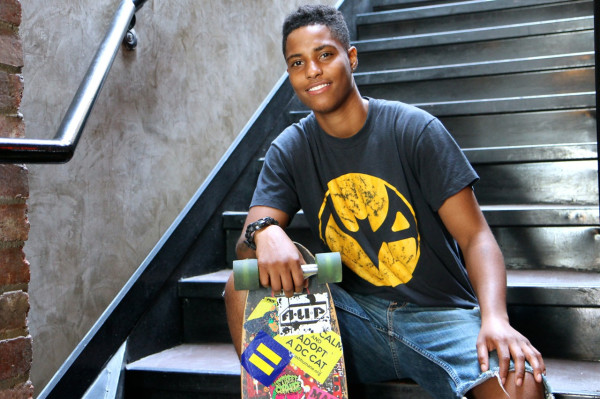 Chris Ellis has lived near H Street NE for just a year but is already a diehard fan of the neighborhood. The 29-year-old travels by skateboard, works at the H Street location of Metro Mutts (508 H St. NE) and frequents bars and restaurants along the corridor.

The warmth and diversity of H Street NE are what Ellis said he loves about the area.

“I get a piece of everything I want here — a little touch of the ghetto when you get to H and 8th,” the Brooklyn, New York native of Barbadian, Jamaican and Puerto Rican descent said. “It’s all down one street.”

Ellis, who practices jiu-jitsu and Thai boxing, tried living in Tenleytown when he first moved to D.C. four-and-a-half years ago but found it too sleepy. “It was nice living, and if you wanted to have fun, you had to venture out,” he said.

He tried U Street NW next, but it wasn’t a good fit, either. “U Street is not as subtle [as H Street NE]. This is more sit-down, drink, talk, whereas U Street is get drunk, party, dance,” he said.

H Street NE felt like a fit right away, Ellis said. “There’s no strip like this in my whole life.”

Most Frustrating Thing in the Neighborhood: Ellis said he doesn’t feel welcome in some businesses. “There’s still a bit of racism. In certain bars, they look at me like ‘What are you doing in here?'”

What Changes He’d Like to See on the Hill: Ellis said he’d like to see expanded homeless and mental health care services in the area.

On How to Be a Better Neighbor: Use trashcans, pick up after your pets and say hello. “I’m always warm to people, from the crackhead to the hippie.”