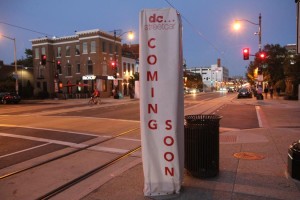 Locals spotted the stalled streetcar about 10:15 p.m. on Halloween.

The streetcar froze after an electrical component failure that affected its auxiliary track brake and some of its doors, a District Department of Transportation spokesman said Monday. Workers repaired the vehicle and were able to put it back into scheduled testing.

It was not immediately clear if other vehicles were being tested for the same problem.

Broken down #streetcar being towed away on #Hstreet #dc pic.twitter.com/Cs3OVtQ6vK

more stories
Previous
Nonprofit to Serve Sex Workers and Drug Users on H Street NE
Next
Pranav Badhwar: Why You Should Vote for Me