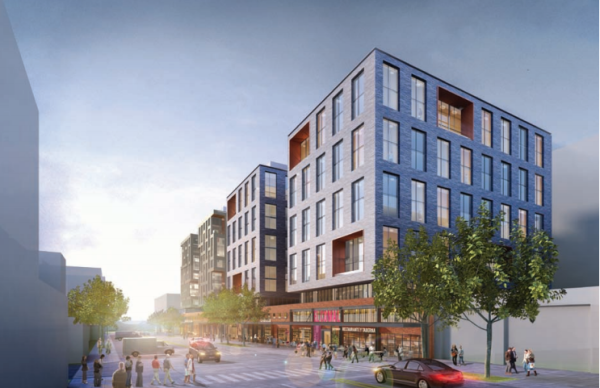 NoMA residents will soon get a preview of a massive development proposed for 4th Street NE.

The developer hoping to build a residential and retail site at 1270 4th St. NE is seeking community support ahead of a Dec. 18 zoning hearing.

The planned unit development would create between 420 and 520 residential units and nearly 40,000 square feet of retail space, according to plans submitted by developer Edens Realty Inc.

While the project would fall one block north of the boundaries of Ward 6, the developer is reaching out to ANC 6C as it advances through the zoning approval process. Edens representatives will speak at the ANC 6C Planning, Zoning and Environment committee meeting at 7 p.m. Wednesday.

ANC 6C Commissioner Tony Goodman told Hill Now he thought the PUD seemed like a “fantastic project” that “would be great for the neighborhood.” However, he said he was concerned that current plans would restrict movement within the area.

“We can’t risk the the long-term health of the neighborhood by closing off access,” Goodman said about the site’s separation from the surrounding street grid.

Edens representatives did not respond to inquiries about the project.