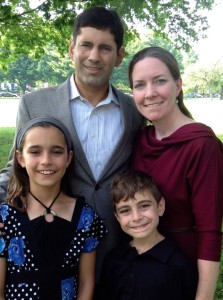 After speaking extensively to residents of Ward 6, I’ve based my platform on the positions that matter most to our citizens. My solutions include helping improve our public schools, spurring entrepreneurship and creating more jobs, reducing crime, easing transportation costs, and expanding affordable housing –all while reducing the DC Council’s spending.

You should vote for me because my …

Qualifications and Experience Extend Beyond Politics:

The District of Columbia government paid a settlement earlier this year for abusing civil asset forfeiture rules, which allows police to seize people’s personal property on mere suspicion of wrong-doing, without even filing charges against them. But no public officials were liable, so city taxpayers ultimately paid the cost. The public pays the penalty for being abused by public officials. This is plain wrong.

Public officials habitually hide budget costs to avoid accountability and scrutiny from the public. Only through extra research did I learn that streetcar development will cost taxpayers $50 million dollars per mile, and that DC traditional public schools have the lowest performance and highest cost – of any state in the country –at over $29,000 per student.

To quote Thomas Sowell: “It is hard to imagine a more stupid or more dangerous way of making decisions than by putting those decisions in the hands of people who pay no price for being wrong.”

D.C. Councilmembers are paid around $130,000 annually regardless of outcomes. Perhaps we should reduce Councilmember salaries by two-thirds and devise a pay-for-performance system for us to earn the rest only if we deliver on our promises.

To help reduce waste, fraud, and abuse and increase government effectiveness I believe we should:

My win-win solutions have universal appeal across the political and demographic spectrum, but I will need your vote not only to implement smarter solutions, but also to protect our citizens from unaccountable public officials.

Please remember to vote for Pranav Badhwar for D.C. Council, Ward 6, and help create a responsive government that offers real and lasting solutions to our most challenging problems.

more stories
Previous
H Street NE Streetcar Stalled Due to Electrical Failure
Next
Charles Allen: Why You Should Vote for Me