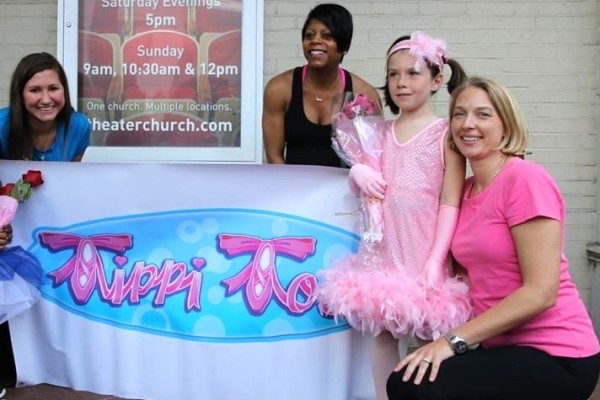 Hill resident Claire Portolese has loved to dance since she was a child. About two years ago, the Tulsa, Oklahoma native turned that love into her career.

“It’s been my only passion my whole life,” she said. “I finally decided to take the big leap.”

Portolese is the owner of Tippi Toes Washington D.C., a roving dance school for children 18 months to 12 years old. Many of the studio’s coed classes are held in schools once classes end.

“Classes held in schools give parents or nannies another hour,” she said. “That’s a big deal, especially in his crazy traffic city.”

Portolese, 37, grew up leading neighborhood girls in dance lessons on her sidewalk. Years later, she saw on the show “Shark Tank” that her childhood friends started Tippi Toes, which has locations nationally. Portolese had worked in commercial and government consulting for 10 years then and was plotting her next move. She reconnected with her old friends, and launched the franchise in July 2012. Tippi Toes regularly adds classes, like the “Toddler and Me” and “Baby Ballet” sessions that start this week.

“‘Hold your hands in beach ball,’ ‘put your arms in airplane,’ we tell them. What they don’t know is they’re learning the basic steps of ballet,” she said.

Favorite Neighborhood Hangouts: Beuchert’s Saloon (623 Pennsylvania Ave.), Eastern Market and parks near her family’s home. Turtle Park is perfect for kids 3 and under, and Garfield Park works for children of all ages, she said.

What Changes She’d Like to See on the Hill: 1) The neighborhood needs an indoor play space for children, Portolese said. “They need some place to run and get out their energy.” 2) The reopening of Frager’s Hardware, where she and her husband shopped while they renovated their home over the course of six years.

On How to Be a Better Neighbor: Talk to each other and welcome newcomers. Portolese said she was delighted when neighbors brought cookies when she moved in 12 years ago. “It reminded me of the friendly environment I grew up in,” she said.