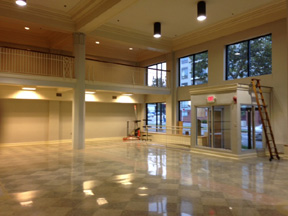 Residents of the H Street NE area will soon have a large, new hardware store.

The business W.S. Jenks & Son is set to open in the coming days at 910 Bladensburg Road NE, which was previously used as a drug treatment center.

“We should have a real nice mix of products,” he said. “This will be a nice, good local hardware store.”

Previously located on V Street NE in Brentwood, the company bought and renovated the space that was used as a car showroom in the 1950s and as Oasis Clinic more recently.

“We moved because because we no longer wanted to lease. We wanted to own our space,” Siegel said. “We also thought it was time to get back into the business of selling the kind of things we sold during the 1900s.”

Since moving to V Street NE in 2003, the hardware store had sold only industrial supplies.

W.S. Jenks & Son first opened in the District in 1866. Siegel’s family bought the store from the original owners in 1955, he said.

A grand opening celebration will be held next month.