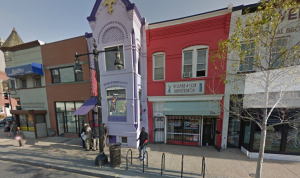 Representatives of the 1104 H St. NE bar applied to exit an negotiated agreement it reached with ANC 6A in Sept. 2013, but the District Alcohol Beverage Control Board ruled Wednesday that the agreement stands.

The agreement addressees everything from patio hours to not selling to-go beverages to a ban on participation in pub crawls. Bar representatives claimed the agreement gave them an unfair disadvantage compared to their competitors. The ABCB found only “paltry” evidence that the restrictions created any harm.

“The Board is not convinced that [Little Miss Whiskey’s] suffers from unfair competition or other changes in circumstance that merit termination of the agreement,” the ruling states.

ANC 6A Commissioner Jay Williams, head of the alcohol licensing committee, said that like the ABCB, he believes the agreement does not harm sales.

“The success of so many businesses on the corridor is evidence that the agreements [with the ANC] are not harming businesses,” he wrote in an email.

“I am aware that a small minority of businesses disagree with this assessment, but their opinions (legal or otherwise) have yet to gain traction with the ABC Board or the DC Court of Appeals,” he continued.

Bar representatives did not immediately respond to an inquiry.