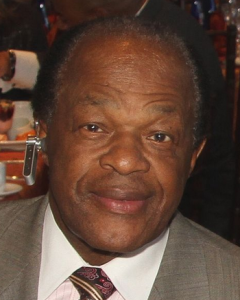 An effort is underway to honor Marion Barry by naming a major Ward 6 thoroughfare in his honor.

The proposed boulevard would cross the city and span nearly 8 miles, running from the western end of H Street NW, near the Foggy Bottom Metro station, to the eastern end of Benning Road in Capitol Heights, Maryland.

Here’s what the petition suggests:

Marion Barry was a 4-time Mayor of DC. He dedicated his entire life to serving the DC community and during that time led the fight for several landmark reforms. These include an innovative Youth Summer Jobs program and the Homestead Tax Deduction for seniors. Marion is affectionally known in the Washington D.C. Metropolitan Area as “Mayor For Life.” Sadly, his life ended in the early morning on November 23, 2014.

We specifically would like Benning Road and H Street (both NE and NW) to be renamed Marion Barry Blvd. H Street is a very busy street in D.C. and is currently undergoing a major transformation that is bringing back its vibrancy. It runs very close to Capitol Hill, the Capitol and the White House. We think it is the perfect street to be renamed in Mayor Barry’s honor.

We are open to suggestions as to which street should be dedicated to Marion Barry, but we strongly believe it should be a major thoroughfare in D.C. Please sign and share this petition if you agree!