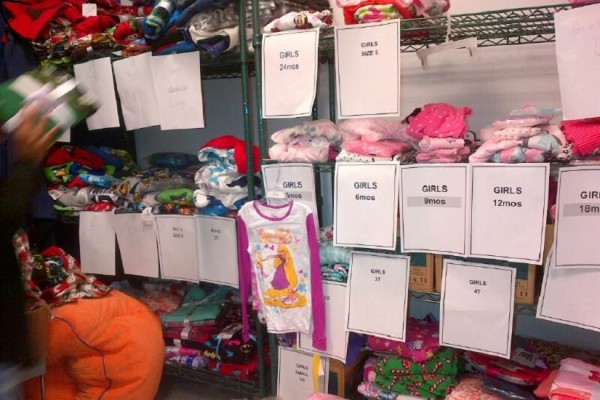 To Kathy Jackson, the woman behind the DC Holiday Pajama Drive, pajamas are more than clothing. They signify comfort.

When she began to foster the three brothers who are now her sons, Jackson discovered that the boys had never owned new sleepwear. Pajamas were among the first things she gave them.

In 2010, pajamas acquired special meaning in Jackson’s life again — her friends delivered them to her hospital bed as she fought leukemia.

The Hill mom, 51, thought of both memories in 2011 as she wracked her brain for a way to spend the holiday with her sons, now 10, 11 and 14 years old. Pajamas gave her family a sense of security, and she hoped they could do the same for others. With that, the pajama drive was born.

From now through the end of December, Jackson is accepting donations of pajamas for babies, children and teenagers in the foster care system. Pajamas can be shipped to The Daily Rider Bike Shop at 1108 H St. NE, or donors can visit the drive’s Facebook page for information about other dropoff points, as it becomes available this month.

“It has become our Christmas tradition,” Jackson said.

The sleepwear will be given to the the D.C. Child and Family Services Agency, which has 2,800 children in foster care now, Communications Director Mindy Good said. Most of the pajamas will then go to the agency’s Children’s Donation Center, where children and families in need can pick up free necessities, and children can pick their own pajamas. Some of the clothes will be delivered through social workers.

Pajamas were scarce at the Donation Center prior to the creation of the Pajama Drive, according to Beatrice Williar, program manager for the agency’s Partners for Kids in Care. They focused, instead, on providing toiletries and blankets.

“Pajamas are something so many of us are accustomed to, so you don’t think about when other people don’t have it,” Williar said. “It makes perfect sense to provide them. [Jackson] really has come up with an innovation.”

Jackson originally planned for the one-woman drive to take place only once. In 2011, she wrote on Facebook about a goal to deliver 200 sets to CFSA. Within no time, people had given her 350 sets.

The following year, she decided to seek donations again, with a goal of 350 pajama sets — and received more than 600.

In 2013, Jackson chose to make the drive an annual tradition and bumped her goal up to 1,000 pajamas. By the end of December, she had gathered 1,500 sets, sent from across the United States and abroad.

The donation drive helps Jackson remind her sons of their history, and helped them give back to the system that helped create her family, she said.

“[My sons] are all amazing and resilient and strong, and I tell people they’re probably the reason that I’m alive,” she said. “They showed me what fighting and surviving is all about.”