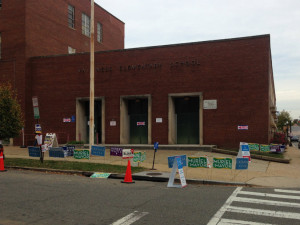 Van Ness Elementary School will reopen in the fall with two kindergarten classes after years of organizing by parents and community members, D.C. Public Schools announced.

The DCPS announcement made to parents this weekend and confirmed by Hill Now today (Monday) follows previous statements that the school would open with only pre-kindergarten classes for 3- and 4-year-olds and add a new grade level every year.

“This is fantastic news,” said Kelly Störmer, president of the Van Ness Parents’ Group. “DCPS had committed to making this a model school for early childhood education, but a school really starts with kindergarten. It feels like we’ve got an official stamp of approval.”

Van Ness closed in 2006 because of dwindling enrollment.

The decision to add the kindergarten classes is good news for the community because families are already making daycare and preschool plans for the fall, Störmer said.

“A lot of parents had been really counting on having a kindergarten class,” she said. “This a huge relief.”