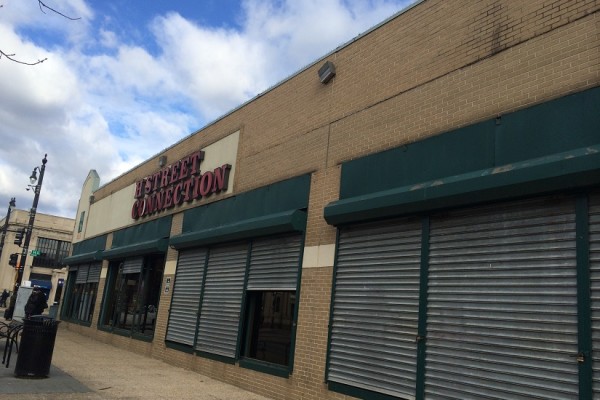 Retail tenants of the H Street Connection strip mall, slated for redevelopment, are uncertain as to how much longer they’ll be able to be in business.

Property manager and owner Rappaport Co. has been planning to redevelop the site, though the timeline for that redevelopment has remained murky for years. The plans call for 368 residential units, 51,200 square feet of street-front retail space and parking to accommodate 530 cars, according to Rappaport’s website.

Last month, local news website District Source reported that company plans to start construction in early 2016. While at least one tenant confirmed that this matched the timeline he had been told by management — one that would require businesses to vacate the building by the end of 2015 — others said they had yet to hear any official plans.

Tien Mai, owner of Dana Jewelry, has sold jewelry in the area since Nov. 1993. But despite more than 20 years of operating at H Street Connection, Mai said the only news he has heard has come from his customers, not from Rappaport.

“I haven’t decided yet,” Mai said, when asked about any plans to reopen elsewhere.

A few doors down at the 7-Eleven, franchise owner Bobby Martz said he hadn’t heard of any official redevelopment plans, only noting that other businesses in the center — including Rent-A-Center, Chicken and Rice, and Marvelous Pizza — have shut down in the past year.

Martz doesn’t personally deal with the leasing details, as that’s handled by 7-Eleven, but said he hopes the company will be able to find another spot along H Street. The current location, at the east end of the complex, has been open since Aug. 2010. Traffic to the store has increased since construction along H Street wrapped up.

“We do a lot to serve the community,” he said, noting that several people who live in a nearby retirement center are able to walk to the store.

Employees from ACE Cash Express and Metro PCS also said they had heard rumors about the coming construction, but had been given no timeline.

An employee at the clothing store Styles said her boss had, in fact, been told he needed to be out of its space by the end of 2015. The store has been in the strip mall for six years.

“He’s not sure what he’s going to do,” said the employee, who has worked at Styles since 2011.

Rappaport spokeswoman Karen Cobb was not able to immediately answer questions from HillNow.