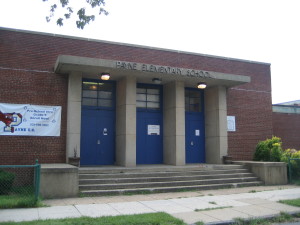 Despite support from Mayor Vincent Gray, funding for renovations at Payne Elementary School is in danger.

Ward 7 Councilwoman Yvette Alexander told Hill Now she will introduce a resolution on Tuesday to oppose Gray’s request to allocate $9 million to modernizing the school. She wants D.C. to instead devote funds to building a new middle school in her district, Ward 7.

“I would love to see Payne and Stanton [a Ward 8 school also included in the request] get what they’re looking for, but I won’t let that happen on the backs of Ward 7 students,” Alexander said.

Payne, located at 1445 C St. SE, was slated to receive money to complete its modernization this year, but the money was cut from the budget, as The Washington Post reported.

In a letter to the Council, parents described a “tale of two schools,” with only half of Payne’s classrooms modernized. The school doesn’t have an elevator or sufficient ramps for disabled students and parents, the letter says.

“We strongly believe that improving the learning environment of current Payne students now is a more critical need than funding construction of a new building that is still only in the planning stages,” the letter says.

Ward 6 Councilman Tommy Wells did not immediately respond to an inquiry.