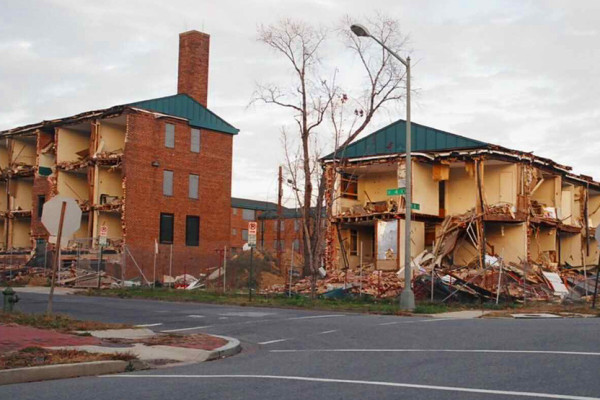 Housing Authority plans to build more affordable housing in Navy Yard are set to advance in January, and residents say they want to ensure that affordable and market rate units are not divided.

Dividing affordable and market-rate housing in Navy Yard would separate a community that’s still healing, ex-Capper/Carrollsburg resident Chanel Caldwell-Cowan said. The musician and radio DJ returned to the area in 2011 after leaving in 2002. She said she values Navy Yard’s diversity as a mixed-income community.

“If they build two separate buildings, it would completely defeat the purpose of Arthur Capper,” Caldwell-Cowan said. “It’s segregation all over again, in a nutshell.”

The District is still replacing the 707 low-income residential units of the Arthur Capper and Carrollsburg houses that were demolished in the mid-2000s. The District received a $34.9 million federal grant in 2001 to replace all 707 units with a modern, mixed-income community. The project was intended to be complete in 2013.

The Housing Authority presented an idea early this year to sell a parcel of land at 3rd and I streets SE to a developer for the construction of a market-rate condo building. The profits from the sale could help build an all-affordable building nearby.

A public hearing will be held Jan. 8 to discuss changes to the project that would give the Housing Authority the flexibility to create the separate buildings.

“The proposal violates our suffering. It would create and maintain a class division,” said Deborah Frazier, a veteran organizer and former Capper/Carrollsburg resident.

Capitol Quarter resident Josh Hart said he chose to buy a home in neighborhood because he liked the idea of living in a mixed-income community.
“The fact that they want to split up the housing is counterproductive,” he said. “It seems to defeat the whole purpose of the project.”

“There’s broad community frustration with the two-building approach,” she said. Residents are working on financial models for the construction of a building that has both market-rate and affordable units, Fascett said.

The Housing Authority is still planning two buildings in order to make financing possible, spokesman Richard White said. The condo building could contain some affordable housing units, he said. How many units would be included and how much they would be subsidized is still being determined.

Longtime Navy Yard residents said they’re still trying to restore the sense of community that was hurt when Capper/Carrollsburg was demolished.

“We would sit outside and talk. We would go to the basketball tournaments,” Caldwell-Cowan recalled. “Women who worked would pay women who didn’t work to look after their kids.”

“It wasn’t a sense of community we had — it was community,” said Frazier, who lives on Tingey Street SE now and said she doesn’t know her neighbors.

“Generally, [living in mixed-income communities] gives people a better quality of life and more amenities, but there isn’t a lot of evidence that people socialize a lot with their neighbors,” Popkin said.

Still, Frazier and others say they believe the community can come together with the help of good planning by the District.

“Slowly but surely, we’re seeing each other and getting to know each other,” she said. “We are learning to live and work together.”

“Rome wasn’t built in a day, and neither was D.C.” he said. “This is a work in progress. There’s only a few communities like this in the world.”