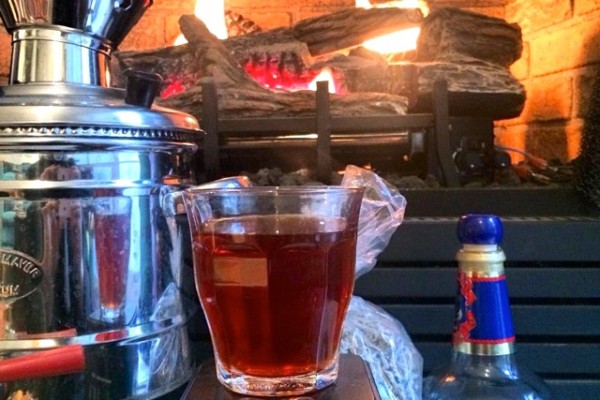 You can drink a boozy Turkish coffee or a Wadi Rum cocktail on H Street tomorrow night (Thursday).

A mixologist who specializes in flavors of the Middle East will take over part of Vendetta (1212 H St. NE) starting at 6 p.m. for a roving drinks night called The Green Zone, as Frozen Tropics spotted.

Chris Hassan Francke, 30, will serve up six cocktails, including the F–k ISIS! Punch. That drink combines two rums, lemon, bitters and the fruity soda Vimto, and has an optional bacon garnish. The Wadi Rum cocktail will mix hot tea, rum, sage and smoke.

“As somebody who comes from a very secular, liberal, Middle Eastern background, I represent everything ISIS is against,” said Francke, a World Bank consultant who’s half-Iraqi.

The Logan Circle resident began experimenting with Middle Eastern cocktails more than a year ago after a trip to Beirut.

“I was exposed to all these flavors when I was growing up,” he said. “I started thinking, ‘What if I made a drink that tasted like Turkish coffee?'”

The event with $10 cocktails plus the anise-flavored liquor arak and Lebanese beer and wine will run until 1 a.m. Free bar snacks will be served, including Lebanese olives, salted carrots with lemon and turnip pickles.