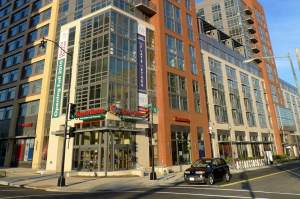 (Updated at 4:30 p.m.) The Harris Teeter in NoMa is up and running again after mouse sightings and health violations.

“The 10 percent discount was simply the right thing to do,” company spokeswoman Danna Jones said in an email. “Our shoppers were inconvenienced when we closed our doors, and we wanted to show them our appreciation for their patience with us.”

The store closed last Monday, Dec. 8, following sightings of mice by a District health inspector and customers. The District Department of Health cleared the store to reopen last Wednesday, but Harris Teeter opted to close and sanitize the store.

“Harris Teeter’s decision to voluntarily close was made so we could continue our efforts to be sure when we did reopen, your NoMa Harris Teeter would be operating at the highest standards possible,” Jones said.