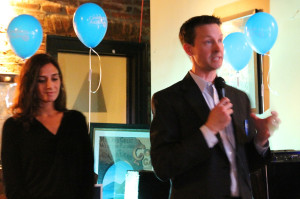 Charles Allen is heading to the Wilson Building with a six-person team.

“I know first-hand the importance of a strong Council staff and I’m excited to welcome aboard this outstanding team,” Allen said in a statement. “They bring a wealth of experience and relationships, both at the Council and in our Ward 6 neighborhoods.”

Opkins was appointed general counsel, and Jordan will be director of constituent services. Allen’s chief of staff will be Laura Marks, a Hill resident who was chairwoman of the councilman-elect’s campaign. Council committee director Anne Phelps will be legislative director. Naomi Mitchell, who is the community liaison for Tommy Wells, will remain in the role. Scheduler Myisha Atchison will also retain her position.

Allen will hold an inaugural open house on Friday.