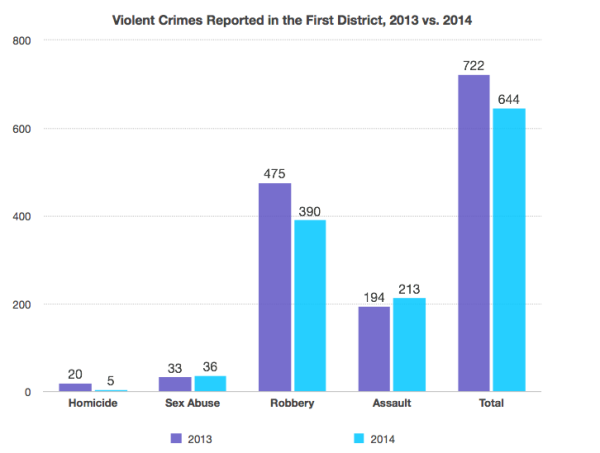 The number of violent crimes reported in 2014 dropped 10 percent since 2013, District Crime map data shows. Only five homicides occurred this year in the First District — which covers Capitol Hill, Hill East, the H Street Corridor and Southwest. Twenty homicides occurred in the First District last year, including the 12 victims of the Navy Yard shooting. The number of robberies without the use of a gun also dropped, from 370 incidents in 2013 to 283 incidents in 2014.

The number of property crimes reported rose more than 8 percent in the past year, with reports of stolen cars, theft and theft from cars all increasing. 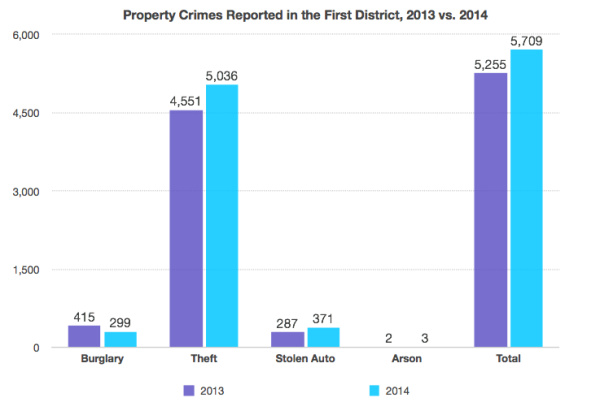