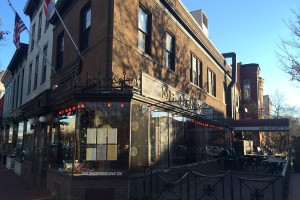 We reported on renovations to Mr. Henry’s Restaurant earlier this week and readers asked us on our Facebook and Twitter accounts about the kids’ night and all-you-can-eat brunch that used to be popular there. We circled back with the manager, and here’s what we found out.

Kids’ Night at Mr. Henry’s, which drew families around Capitol Hill every week with free meals, ended in the fall, and there are no plans to bring it back, Mr. Henry’s manager Mark Steele said. Instead, the Hill institution wants to work with local schools to host monthly fundraisers, like hosting buffet dinners. Most of the proceeds would go to the participating schools. The fundraising events are still in the works, but Steele said he hopes to meet with school PTAs soon.

There are also no plans to bring back the all-you-can eat brunch on weekends. The restaurant serves a breakfast small plates menu that has been popular, Steele said. He is considering the possibility of a gospel or jazz brunch in the future to take advantage of the newly renovated upstairs space. But for now, the focus at Mr. Henry’s is on nighttime entertainment, with jazz nights set to start next week.

Additionally, Mr. Henry’s is not planning on installing televisions in the downstairs bar area. One TV is available upstairs, and it may be used during sports or political events, Steele said.