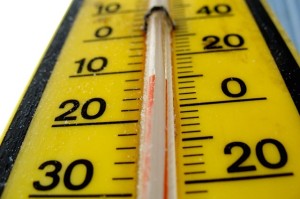 The snow stopped falling, but tomorrow is expected to be very cold.

The wind chill could drop to as low as minus 1 tomorrow night (Wednesday), according to the National Weather Service. The forecast calls for clouds, winds as high as 38 mph and a high of 27. A low of 13 is expected, but it will feel much colder with the wind.

The District got more snow than the Department of Public Works expected, director Bill Howland said this morning.

“We got a little more snow than anticipated. The forecast called for one to two inches, and we got closer to 3 to 4 inches,” he said, as WAMU reported.

More than 200 plows cleared District streets today, according to DPW. Some bike lanes were cleared by the Department of Transportation and Capital Bikeshare, according to DDOT.

DPW is urging residents to shovel their sidewalks and do so for disabled and elderly neighbors.

Anyone homeless or anyone who sees someone homeless out tonight is asked to call the District’s shelter hotline at 1-800-535-7252.