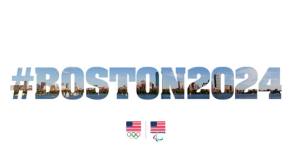 The U.S. Olympic Committee announced this evening (Thursday) that they picked Boston, not D.C., as the U.S. bid for the 2024 Olympic Games.

“We’re excited about our plans to submit a bid for the 2024 Games and feel we have an incredibly strong partner in Boston that will work with us to present a compelling bid,” said USOC Chairman Larry Probst in a statement.

Many Hill East residents objected to the proposal to host the games in their neighborhood. D.C. 2024, the group that presented the plan, refused to meet with ANC 6B, saying they would begin community engagement if the District were selected as the U.S. bid city.

“We must build on the tremendous regional and federal cooperation embodied in the DC 2024 Olympic bid, in focusing on the big issues facing our region — transportation, affordable housing and expanding job opportunities for residents in the District of Columbia.”

In addition to the District, Boston was selected over Los Angeles and San Francisco.