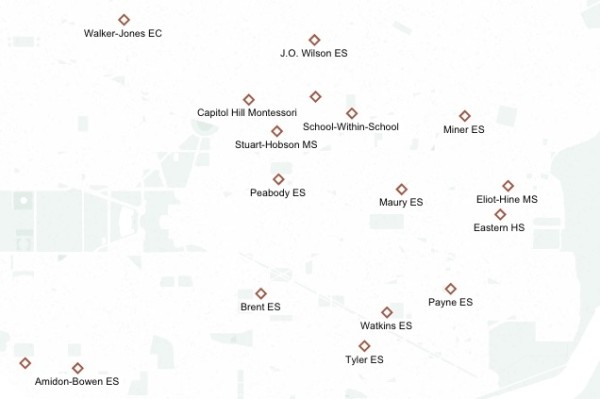 (Updated at 3:05 p.m.) As D.C. Public Schools seek public input on plans for the 2015-2016 school year, a new data tool shows current budgets and enrollment figures at every school.

Many Ward 6 schools had more students and more money this year than they did last year, the data shows.

Eastern Senior High School saw the biggest spike in enrollment and funding in the district, with 178 more students this year and a $1.7 million jump in funding. The 1700 E. Capitol St. school had a total of 1,030 students and more than $10.5 million.

more stories
Previous
VIDEO: Woman Sought for Throwing Model of Grim Reaper in CVS
Next
Advice on Accepting an Early Offer for Your Capitol Hill Home