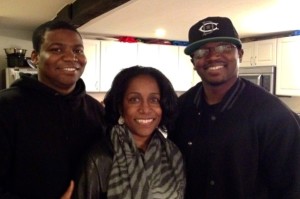 A crowd-funding website started in memory of Carol Glover, who died in the Metro tragedy Monday, raised more than $14,000 in a single day.

Donations made since Wednesday morning on the site GoFundMe added up to $14,130 as of Thursday afternoon, surpassing a goal of $10,000.

“After the news of the loss, we went into action mode, figuring out how we could help,” said Jessica Prol, the Kingman Park resident who set up the site. “Members of the church thought it would be a good opportunity for people in the community to support the family.”

Prol wrote in an update this afternoon that the family’s “material needs” have now been met and they are “prayerfully looking for ways to honor Carol’s wonderful legacy” with the additional funds.

Donations of as much as $2,500 rolled in from coworkers, neighbors, old friends and a fellow passenger on the smoke-filled Metro train.

Glover, a 61-year-old Alexandria resident, was a mother of two adult sons and a grandmother. She graduated from Eastern Senior High School and won her company’s employee of the year award last month, NBC 4 reported.

“She was always a gracious, steady and warm woman,” Prol said.