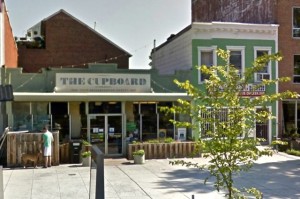 (Updated at 2:20 p.m. Monday) The convenience store at 15th and East Capitol streets faces penalties and a hefty fine from the D.C. alcohol board — and the owners say it’s all over a misunderstanding about a free coffee cup.

The Cupboard (1504 E. Capitol St. NE) was charged with encouraging public alcohol consumption by giving away a go-cup, the name D.C. Code gives to any cups sold or given to customers “for the purpose of consuming alcoholic beverages off the premises.”

Longtime Hill resident Brian Campbell, who owns the store with his wife, Mary Ann, said in an update to Hill Now that the trouble began when one of his employees sold a man a six-pack. Minutes later, the man returned to ask for a coffee cup, which the worker provided. The customer turned out to be an undercover Alcoholic Beverage Regulation Administration worker.

“Technically, we were in violation, but in spirit, I don’t think so,” Campbell said. “Do I think our employee maliciously gave away the cup thinking someone was going to go drink a six-pack of beer with it at the curb: no.

“We were fined $500 for essentially giving a cup away,” he continued, saying the business was charged an initial $500 plus an additional $150 fee.

The Cupboard is subject to a fine of $500 to $750 because it had a previous offense, a spokeswoman said in an update Monday. The business was fined $500 in July 2013 for how it posted its license and for being found without an Alcoholic Beverage Control manager on duty, records show.

The ABRA decision is not final; the board will make a ruling within 90 days.

ANC 6A is concerned about go-cups neighborhood-wide because they lead to public drunkenness, alcohol licensing committee chairman Jay Williams said.

“This is an issue both with bars and liquor stores, where people purchase alcohol at the establishment, then take it to go and end up drinking it on the sidewalk, in the alleyways, et cetera,” Williams said by email about the shop that sells groceries, organic food, wine and craft beers.

Campbell, whose family took over the business three years ago, said he likes being generous to neighbors, but caution must rule.