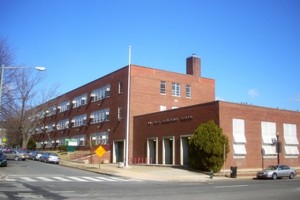 Navy Yard families can weigh in tomorrow on renovations to a long-closed elementary school.

A Van Ness Elementary School “design slam” will be held at the school Wednesday to discuss the community’s vision.

“The goal of the design slam is to listen to your ideas in order to develop a design that celebrates the best characteristics of the Van Ness community,” a notice says about the event hosted by D.C. Public Schools, the Van Ness Parent Group and Quinn Evans Architects.

After years of community organizing, Van Ness will reopen this fall, as Hill Now previously reported. The school was closed in 2006 after the demolition of the Arthur Capper/Carrollsburg houses and was used as DCPS office space, as Greater Greater Education reported.

DCPS decided in Feb. 2011 to reopen the school, after evaluating expected residential construction and the capacity of nearby Amidon-Bowen, Brent and Tyler elementary schools. Boundaries for the school include Navy Yard, Near Southeast and part of Southwest.

The brainstorming session will be held at 6 p.m. tomorrow in the school auditorium (1150 5th St. SE). Free childcare and food will be provided.

more stories
Previous
Boozy Cupcake Sales Will Likely Be Regulated Under D.C. Law
Next
Hill Home Buyers: Open Up to Your Agent