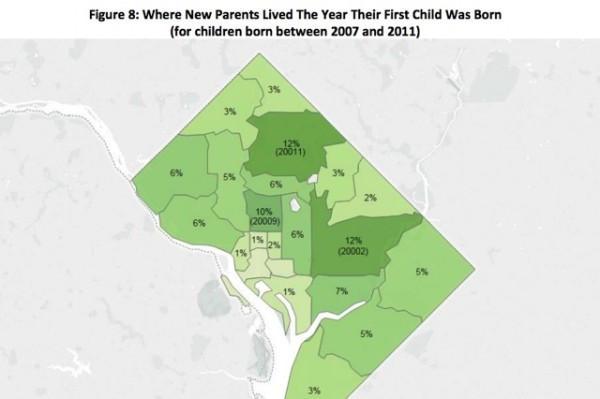 A report released today by the District shows Capitol Hill is one of the most popular D.C. neighborhoods for new parents.

The data issued Wednesday by the D.C. Office of the Chief Financial Officer tracks D.C. parents who stay and leave the city, based on 2001-2012 income tax data. Overall, D.C. residents were more likely to leave the city once they have their first child. For people who had their first child in 2007, about half disappeared from city tax records by their child’s 5th birthday. Of people who stayed in D.C., about 25 percent changed zip codes. Middle-income parents, who made between $35,000 and $146,000 annually, were more likely to leave D.C. than their low- or high-income peers.