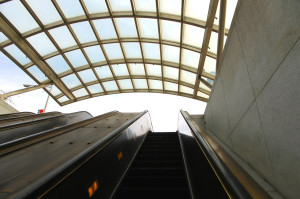 Firefighters rushed to the Eastern Market Metro Station late this morning, responding to an alarm.

D.C. Fire and E.M.S. responders found no smoke or fire in the station and cleared it about 11:50 a.m., a WMATA spokeswoman said.

The station was never closed, according to WMATA, but riders wrote online that they were prevented from entering.

Anyone know what's happening at Eastern Market Metro? @Metrorailinfo @unsuckdcmetro No one allowed down, many fire trucks at scene. #wmata

They're letting people back down at Eastern Market. #wmata