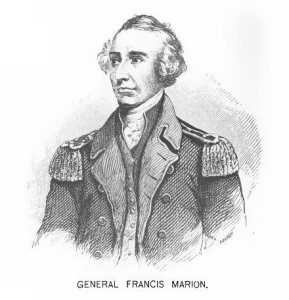 ANC 6B may rescind its previously issued support for the location of a new federal monument on Capitol Hill.

The ANC voted in September to support the placement of a statue of Revolutionary War hero Francis Marion in Marion Park, at 6th and E streets SE. But the group might vote at its full meeting on Feb. 10 to retract that letter.

The ANC 6B planning and zoning committee had a split 4-4 vote Tuesday night on whether to void the letter, Commissioner Denise Krepp said.

“It was a mistake. Instead of agreeing to the [location] proposals the National Park Service passed out, the Commission should have said ‘No, we don’t support any of these,'” Krepp said. “It’s my hope that they … actually consider neighbors.”

Congress authorized NPS in 2008 to create a memorial to Marion, who was known for his tactics as the Swamp Fox. As Capitol Hill Corner reported, six locations on Capitol Hill are being considered as possible sites for the memorial.

Hill residents said another federal memorial in the area would take up valuable park space, and some objected to creating a monument to a plantation owner and slaveholder, as The Washington Post reported.

In early January, Del. Eleanor Holmes Norton asked NPS to halt plans for a statue of Revolutionary War hero Francis Marion until May meets with her.

“We appreciate that Francis Marion is a hero to some, but he has a controversial past for others,” she said in a statement.