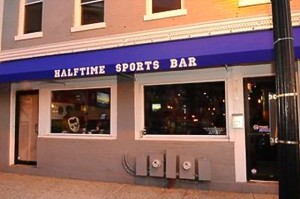 The H Street NE sports bar closed by Police Chief Cathy Lanier is still fighting to get its liquor license back.

After a reported assault at the bar by an employee, Halftime Sports Bar will be evaluated by the D.C. Office of the Attorney General, the Alcoholic Beverage Control Board determined at a hearing yesterday.

On Jan. 31, Lanier ordered the 1427 H St. NE bar closed for 96 hours after a crime was reported there the previous night. Police responded about 11:20 p.m. to a report of property destruction at the bar, according to a letter from Lanier published by Frozen Tropics. Officers saw broken glasses and knocked-over items, and found a semi-automatic pistol in owner Karl Graham’s possession, the letter says.

“I find that continued operation of this establishment presents an imminent danger to the health and safety of the public,” Lanier wrote.

No lawyer for Graham appears in online court records, and calls to the bar and to Graham’s other bar, The Elroy, were not returned.

The hearing before the office of D.C.’s first elected attorney general, Karl Racine, has not been scheduled yet, according to Bill Hager, a spokesman for the D.C. Alcoholic Beverage Regulation Administration.