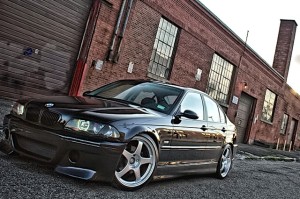 (Updated at 2:10 p.m.) Drivers in NoMa and Brentwood were held at gunpoint last night by a carjacker who made off with two vehicles in just 15 minutes.

First, a man with a handgun stole a BMW from a convenience store on the 1900 block of 9th Street NE, northwest of Gallaudet University. The 2008 black BMW 328i was stolen between 8 and 8:15 p.m. Tuesday, police said.

Within minutes, the suspect was spotted about a mile west — getting out of a silver Toyota Prius at a gas station on the unit block of Florida Avenue NE, police said. The carjacker then held up the driver of a 2005 Mercedes Benz CLK 320.

Anyone who sees the vehicles is asked to notify the Metropolitan Police Department and provide the location the car was spotted.