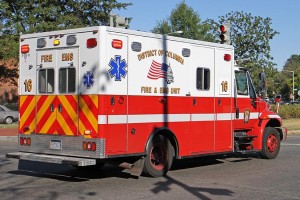 (Updated at 4:35 p.m.) A stretch of Maryland Avenue near Stanton Park was temporarily closed this afternoon because of a house fire.

Police said in an alert at 4:13 p.m. Thursday that a fire was reported at 728 Maryland Ave. NE, which is two doors west of Kenny’s BBQ Smokehouse. The avenue was closed to traffic from Stanton Park (6th Street NE) to 9th Street NE.

The fire was extinguished quickly and the street was reopened, police said in an update.

No injuries were reported.