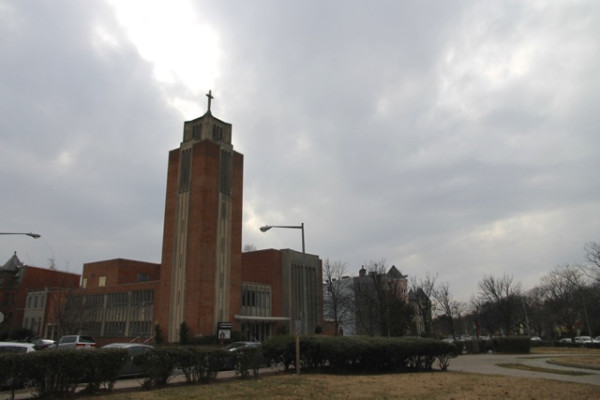 Museum of the Bible Construction Begins — Work is starting on The Museum of the Bible at 400 4th St. SW, former home of the Washington Design Center. The $400 million facility by the founders of the craft store Hobby Lobby will feature an LED screens on ceilings and elevator walls, German stained glass and a green roof. [Washington Business Journal]

Hill East Laundry Building Converted to Condos — The Washington Post has photos of the 732 15th St. SE building that was once a commercial laundry service and now is six condos. The shower heads can be “synced with a Bluetooth speaker.” [Washington Post]

Homeless People to Get Help From ‘Housing Navigators’ — Mayor Muriel Bowser presented a plan yesterday for four D.C. “housing navigators” to find places across the city for homeless individuals and families to stay. This system will decrease reliance on emergency shelters like D.C. General and on motels, advocates said. [WAMU]

Peregrine Espresso News — Peregrine Espresso, which has locations at 660 Pennsylvania Ave. SE and in Union Market, was named best coffeehouse in the Eastern region. At the Union Market location, they’re teaching a two-hour class on how to prepare espresso and milk. [Popville; Hill Rag]

more stories
Previous
House Fire Response Closes Part of Maryland Avenue NE
Next
Bitter Cold to Let Up Some, But Strong Winds Are on the Way