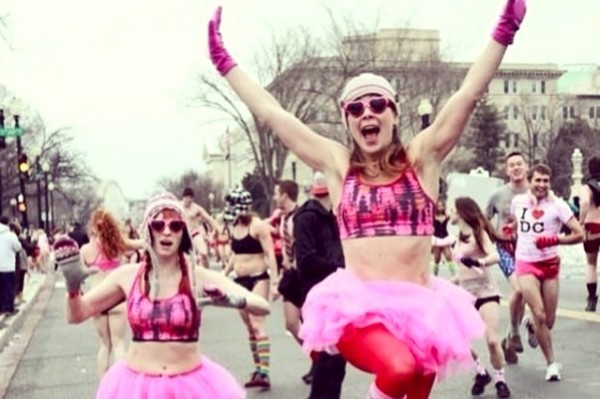 It’s a mighty cold weekend to run around in your underwear — but that’s what participants in Cupid’s Undie Run will do.

Runners in their skivvies will race about a mile Sunday afternoon, starting on the 300 block of Pennsylvania Avenue SE. A few spots in the previously sold-out race were open as of 2:50 p.m. It costs $80 to run but is free to watch.

The race that takes place in 38 cities in the U.S. and Australia raises money for The Children’s Tumor Foundation.

more stories
Previous
Thanks to Our Sponsors and Advertisers
Next
Four Young People Charged for Carjackings on the Hill, in NoMa