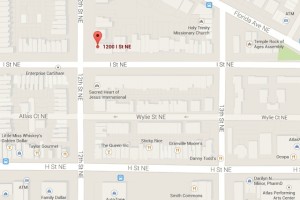 (Updated at 6:40 p.m.) Police are investigating after a man was stabbed this afternoon on a residential street two blocks north of the H Street corridor.

The man was stabbed about 2 p.m. on the 1200 block of I Street NE, police said. The attackers were two black men who stand 5-foot-8 to 5-foot-10 and wore ski masks. No one has been arrested in connection with the incident, police said.

Police did not immediately know whether the victim and attacker knew each other, or what preceded the incident.

A second man was stabbed on the 1200 block of G Street NE about 3:50 p.m. police said. That incident is not believed to be connected to the first incident, police said. The victim of the second attack was conscious and breathing when emergency responders arrived, police said. No suspect information was provided.