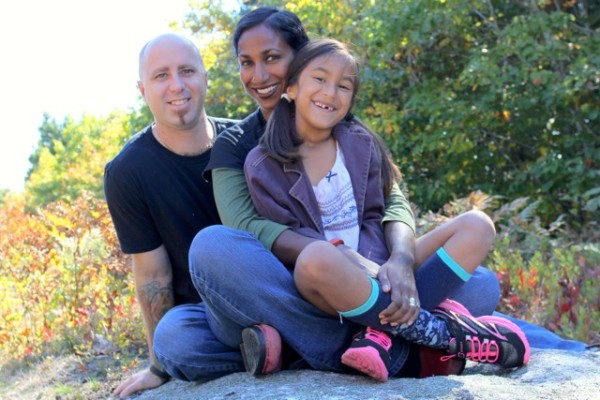 Argonaut owners Scott Magnuson and Shaaren Pine have a message for families struggling with addiction: Don’t be afraid to ask for help.

Released this month, the married couple’s memoir, “Torn Together: One Family’s Journey Through Addiction, Treatment & the Restaurant Industry,” explores the battle they have fought as Magnuson works to put drugs and alcohol behind him and run the H Street NE bar and restaurant.

A self-described “recovering alcoholic and addict,” Magnuson first experimented with drugs at age 14 and then “pretty much [did] everything but stick a needle in my arm.” He entered a drug treatment program in 2011.

Magnuson, 36, said he was told he would have to leave the restaurant industry if he wanted to remain sober. But he couldn’t give up The Argonaut, which opened in 2005 and helped kick off the revitalization of H Street NE.

The restaurateur had to learn it’s not “party time” when he arrives for work. He hasn’t had a drink since August, though the menu at the family’s 1433 H St. NE bar lists a dozen draft beers.

After he started rehabilitation, Magnuson launched Restaurant Recovery, a nonprofit that helps industry workers find and pay for rehab programs. In the process of creating the group, they decided to write a book together about how they handle addiction, run a restaurant and raise their 7-year-old daughter.

“It’s really a family disease,” said Pine, who recently wrote for The Washington Post about her experience as an adoptee.

Magnuson and Pine will hold a book launch party on the second floor of The Argonaut on Sunday, March 8 at 3 p.m. They’ll also discuss the book at the Brookland location of Busboys and Poets (625 Monroe St. NE) on April 6 at 6:30 p.m.

“It will be interesting to see what people think,” Pine said.