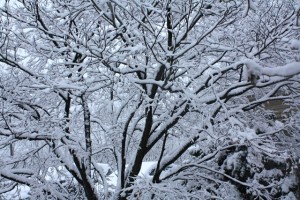 An official snow emergency starts in D.C. at 7 a.m. Thursday, with 4 to 8 inches in the forecast for Capitol Hill. More than 200 snow trucks will hit the streets starting at 2 a.m., according to an advisory from the city.

Rain and sleet are expected Wednesday night into Thursday morning. The snowstorm is predicted to hit during the day Thursday, gradually clearing by nightfall.

Here’s what to expect:

Sidewalks: Residents are asked to put salt, de-icer or non-clumping cat litter on sidewalks before the storm hits.

Metro: Efforts will be made to maintain normal Metrorail service, officials said. Buses will run on a moderate snow plan, with some expected detours and delays. A list of planned service for every city bus is available here. MetroAccess service for people with disabilities is suspended until further notice.

More than 770 Metro workers are assigned to snow response, working 12- to 14-hour shifts, Metro said. They’ll have 142 snow blowers, 643 shovels and 2,300 tons of salt for roadways and parking lots.