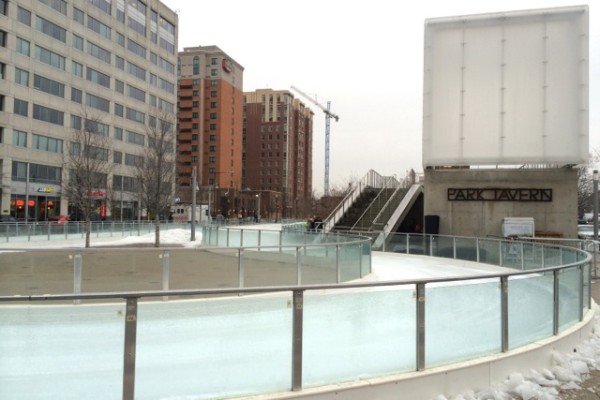 Beer Garden Near Nationals Park? — A developer will pitch a plan to ANC 6D to create a waterfront “brew garden” and neighborhood park just south of Nationals Park. The beer garden would be temporary, in advance of construction of a residential, retail, hotel and office complex. [JDLand]