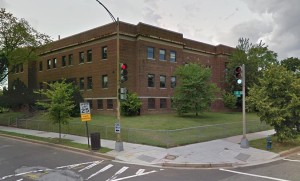 After months of community review, neighborhood leaders in Hill East want the D.C. government to start from scratch on plans to develop the former Eastern Branch Boys and Girls Club building.

The District should reissue its request for proposals for the creation of senior housing at 261 17th St. SE, the ANC 6B planning committee said at a meeting this week. The group has “serious concerns” about the process by which the D.C. Department of General Services has selected a developer, ANC 6B chairwoman Kirsten Oldenburg wrote in a letter to DGS interim director Jonathan Kayne.

DGS offered a developer a 25-year lease for use of the 31,000-square-foot facility. Representatives of Century Associates, one of two developers who submitted plans for the building, told neighbors last month that a 25-year-lease “adversely affects equity investor and lender interest,” making it virtually impossible for the company to build 25 market-rate units for seniors there.

The ANC 6B planning committee wants DGS to instead offer a 99-year lease. The current lease offer, Oldenburg wrote, unfairly puts Dantes Partners in the lead for the project. Dantes Partners would create 49 affordable units plus community space, according to their response to the request for proposals issued in September.

“While ANC 6B and our constituents appreciate and support the city’s efforts to quickly redevelop the building, it must be done in a proper manner,” Oldenburg wrote. “Moving forward with one proposal based on an unnecessarily restrictive [request for proposals] is not in the best interests of the neighborhood and city.”

ANC 6B’s planning committee approved the letter by Oldenburg. All of the group’s commissioners are expected to vote on the letter at the group’s full board meeting March 10.