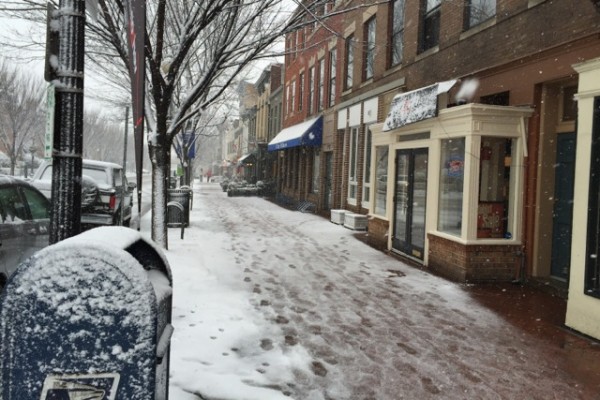 The storm is over, but the cleanup continues.

Ward 6 got an estimated 5 inches of snow yesterday, and many roads and sidewalks are still an icy mess. Hundreds of Capitol Hill, Hill East, Navy Yard and Near Northeast residents called 311 to request that snowplows clear their block, according to the District’s Snow Map.

How well-cleared are the streets and sidewalks near you? Here’s what some locals said:

Advice: if walking to work today, go the corporate route. Major businesses/bldgs have been better than homeowners at shoveling.

Gorgeous day in #HillEast – I mean just look at that pretty sidewalk. pic.twitter.com/NZRF7kvNdq

Only parts of my block not shoveled: 4 corner lots. All occupied/owned by > 30 able-bodied males. Kudos to ppl that did shovel. #TrinidadDC

Based on the state of sidewalks and roads, it appears that the collective response to this March snowstorm was "eff this"

You can weigh in through the poll and in the comments.

more stories
Previous
Teen Charged for Capitol Hill Robberies
Next
D.C. United to Kick Off Season This Weekend at RFK