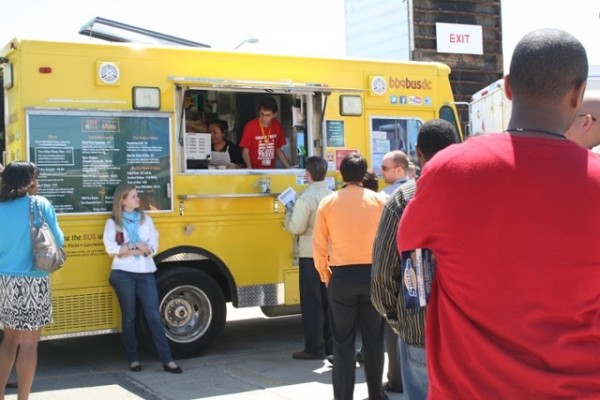 (Updated at 11:30 a.m. Wednesday) Food trucks are descending on Navy Yard to kick off another year of Truckeroo.

The food truck festival is slated to return to the Fairgrounds at Half and M streets SE April 24. More than 20 food trucks will be on hand, as well as cornhole and live music, from 11 a.m. to 11 p.m. that day, according to a Truckeroo flyer. Admission is free.

The festival, which began in 2011, will feature D.C. Slices, Goodies Custard, Red Hook Lobster Pound, Surfside and TaKorean, among other food trucks, Truckeroo representative Allison Luchey said in an email. Due South, a new southern-style restaurant opening in the Navy Yard neighborhood, also will have a food truck at Truckeroo, she said.