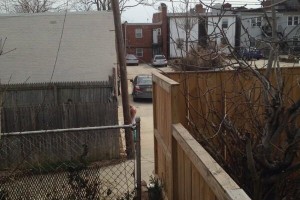 Events like the Rock ‘n’ Roll D.C. Marathon and ShamrockFest bring public urination, heaps of trash and disruptive crowds to Hill East, according to locals — and they want the District’s events authority to help reduce the mayhem.

The estimated 25,000 runners and walkers who participated in the marathon Saturday littered on streets and clogged the Stadium-Armory Metro station, according to ANC 6B commissioner Denise Krepp.

“We’re tired of this,” Krepp said of the trouble created by the event, which closed many streets in the neighborhood to traffic from 6 a.m. to 2 p.m.

The problem of large events at RFK Stadium disrupting locals is longstanding, Krepp said. During ShamrockFest — the St. Patrick’s Day party coming to the stadium on Saturday — “legions of young people celebrate the full sweep and majesty of Irish culture by getting drunk in a parking lot,” Krepp’s husband and ex-congressional candidate, Tim Krepp, wrote in Washington City Paper last year. He included several photos then of public urination in the alley behind their home near 18th and A streets SE.

“I saw so many full montys last year I lost count,” Denise Krepp said about the event last year.

Krepp met with Events D.C. yesterday to ask that authorities to rein in “America’s largest St. Paddy’s Day celebration.” ANC 6B plans to send a letter to District officials to express their displeasure with the marathon and ShamrockFest.

Events D.C. is working to address residents’ concerns, Peter Kirschner, a spokesman for the organization said. The group is working with ShamrockFest organizers, the Metropolitan Police Department and the Department of Public Works to help ensure the festival is a positive experience for the neighborhood. The plan is to put “more boots on the ground,” Kirschner said. But officials still are working on the specifics.

ShamrockFest will feature Blues Traveler, Gaelic Storm and other bands from 3 to 11 p.m. at the RFK Stadium Festival Grounds. Tickets start at $24.99 each.