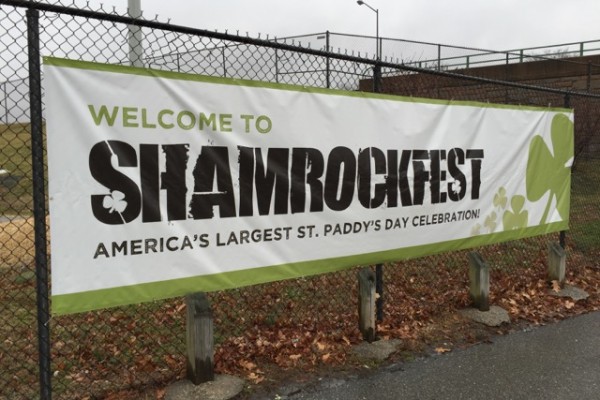 (Updated at 5:15 p.m.) Police and clean-up crews will have an “increased presence” in Hill East during this weekend’s ShamrockFest at RFK Stadium, but crowds still could disrupt residents, an official with the District’s events authority said today.

Events D.C. is working to reduce litter, public urination and other problems that drew concerns from locals after the the Rock ‘n’ Roll D.C. Marathon brought about 25,000 runners and walkers to the neighborhood last Saturday, said Erik Moses, the organization’s senior vice president.

Moses said he didn’t know exactly how many additional police officers and trash collectors will handle revelers during ShamrockFest on Saturday. But he hopes their presence, along with portable toilets and flood lights by the Stadium-Armory Metro station, will help lead to fewer complaints from residents.

“We can’t stop people from having bad manners,” Moses said of the event’s attendees.

ShamrockFest, which bills itself as “America’s largest St. Paddy’s Day celebration,” will feature Blues Traveler, Gaelic Storm and other bands from 3 to 11 p.m. Tickets start at $24.99 each.

Resident and ex-congressional candidate Tim Krepp wrote last year in Washington City Paper that the event features “legions of young people [who] celebrate the full sweep and majesty of Irish culture by getting drunk in a parking lot.” He included several photos then of public urination in the alley behind their home near 18th and A streets SE.

His wife, ANC 6B Commissioner Denise Krepp, said she doubts that Events D.C.’s efforts to address residents’ concerns will pay off.

“This doesn’t impress me,” she said.