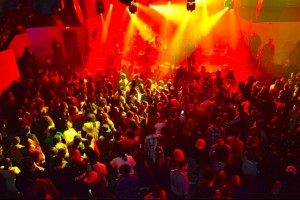 The club and concert venue on 1st Street NE was closed this week after officials said it operated illegally.

The Alcoholic Beverage Control Board ruled that Ibiza (1222 1st St. NE) must stay closed until it obtains a license to operate as a large-capacity public hall, enforces its security plan and upgrades its crowd-control measures.

Ibiza “blatantly, intentionally and willfully operated the establishment for months without a Public Hall License and other required licenses issued by the Department of Consumer and Regulatory Affairs,” the board found.

The club crammed too many patrons inside and failed to maintain clear exits, the board said.

ABRA officials inspecting the club early the morning of Dec. 14 reported that a “stairwell was packed with people loitering and drinking full-sized champagne bottles.”

Ibiza did not immediately respond to an inquiry. On social media, the club is promoting an event scheduled for tonight.

more stories
Previous
WMATA Takes Heat Over Rowdy X2, X8 Bus Lines
Next
Thanks to Our Sponsors and Advertisers