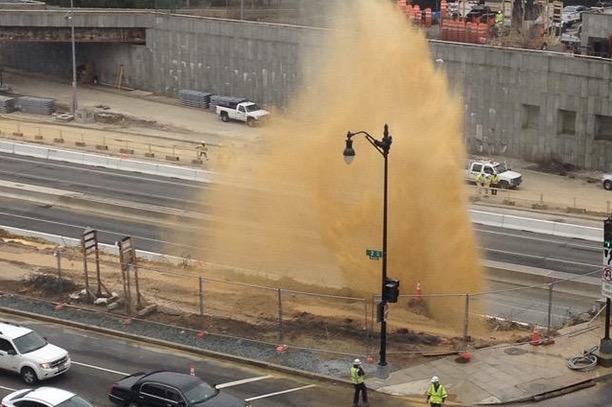 (Updated at 1:45 p.m.) A water main break near I-395 and 3rd Street NW is snarling traffic for drivers and bus riders.

The northbound lanes of the 3rd Street Tunnel of I-395 were totally shut down around noon today as workers repaired the damage, but they have since reopened.

The 80 bus is delayed in both directions, according to WMATA.

A contractor working on the Capitol Crossing project struck an 8-inch water main, D.C. Water spokeswoman Pamela Mooring said. The agency has shut off water to the main, but water service in the area isn’t affected, she said. D.C. Water typically takes six to eight hours to fix an 8-inch main, she added.

Construction for the mixed-use Capitol Crossing development started in February.