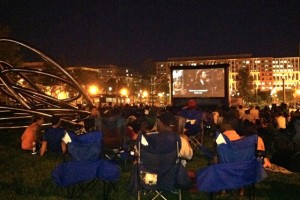 You can watch “Back to the Future,” “Selma” and “Bring It On” al fresco this summer.

After polling the community about their picks, the Capitol Riverfront BID  has announced the schedule for their free Thursday night outdoor movie series.

“This year’s lineup was selected or inspired by public demand, and celebrates characters whose decisions shape the world, space, and time,” the BID said in a statement.

The movies will be shown every Thursday at sundown from June 4 through September 3, in Canal Park, at 2nd and M streets SE. Here’s the full lineup, as WTOP spotted: