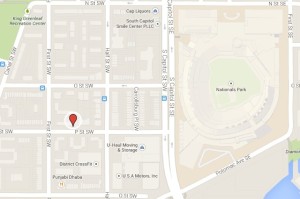 A 14-year-old girl was injured and windows were struck by gunshots Friday evening when a shooter fired at people in Southwest, one block west of Nationals Park.

A shooter fired “numerous” shots on the unit block of P Street SW, near Half Street SW, about 5:40 p.m., police said. The teenager was shot once and was in good condition. The windows of nearby apartments were also hit.

The shooter fled south on South Capitol Street in a white sedan, according to police.

Additional information was not immediately available.