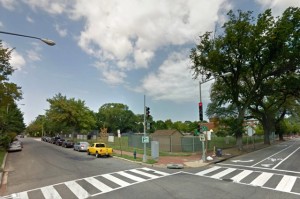 A would-be robber struck on I Street SE Saturday afternoon, near the baseball field south of Tyler Elementary School.

The crime occurred about 2:25 p.m. Saturday at 11th and I streets SE, police said. Officers were looking for a suspect described as a black male about 20 years old, who stands 6-foot-1 and weighs about 180 pounds.

In other crime reported this weekend, a cab driver was robbed by a passenger on Saturday afternoon. A driver took a passenger to an alley on the 800 block of 12th Street SE about 2:15 p.m. Saturday, police said. The passenger flashed a gun, robbed the driver and then fled the cab.

And police responded to a call Sunday afternoon about someone making threats with a hammer. Police responded to the 1300-1349 block of C Street SE about 3:50 p.m. Sunday. The person wielding the hammer was arrested. No injuries were reported.