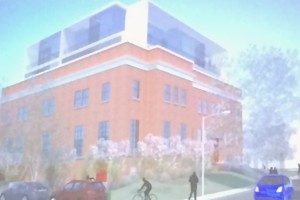 Neighborhood leaders asked D.C. government to reissue its request for proposals for the development of 261 17th St. SE, the former Eastern Branch Boys and Girls Club building. But the interim director of the Department of General Services says that won’t happen.

“DGS cannot address the request for a longer lease term,” Jonathan Kayne wrote in a letter to ANC 6B.

During months of community review, DGS offered a 25-year lease for use of the 31,00-square-foot-facility, which is two blocks west of the Stadium Armory Metro station. Century Associates, a developer who proposed market-rate units for seniors, said that lease term will make it nearly impossible to secure financing for the project. In response, ANC 6B asked DGS to offer a 99-year lease for the space.

“We feel that the short lease length unnecessarily limited the number of proposals the agency received and has resulted in a process that has led to one proposal,” ANC 6B Commissioner Brian Flahaven wrote on his blog, where he published the letter.

The second bid for the space, from Dantes Partners, proposes affordable units for seniors. Both proposals are still in the running.